The award ceremony for the Malaysian Bar Lifetime Achievement Award (“MBLAA”) 2020 and 2021, which took place on 10 Dec 2021, honoured the 2020 and 2021 recipients — the late P G Lim and Ambiga Sreenevasan, respectively.  It was a significant event that marked the historic induction of female Members of the Malaysian Bar who are no strangers to the development of a democratic, egalitarian Malaysia. Among the invited guests were:


In his welcoming remarks, President of the Malaysian Bar, A G Kalidas, commended the commitment and dedication of both recipients to public service as timeless and worth emulating by all in the legal profession.  He highlighted both P G Lim’s and Ambiga Sreenevasan’s distinguished careers — from the former’s ceiling-shattering achievement being among the first Malaysian women to obtain a Master’s degree in Law from the United Kingdom, her steadfast advocacy for the underprivileged and trade union rights; to the latter’s unwavering defence of fundamental liberties, the rule of law, and the administration of justice, as exemplified by her leadership in 2007’s “Walk for Justice” and subsequent BERSIH 2.0 rallies for electoral reform. 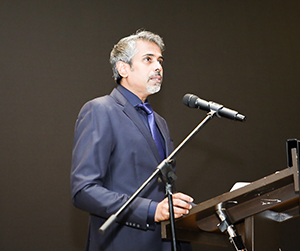 M Ramachelvam, Chairperson of the Malaysian Bar Lifetime Achievement Award Selection Committee, gave an overview of the MBLAA’s inaugural launch from 2011 until today.  According to him, the Malaysian Bar is truly blessed and honoured to have outstanding past award recipients such as Raja Aziz Addruse, Peter Mooney, Mahadev Shankar, Dr Radhakrishna Ramani, Karpal Singh s/o Ram Singh, V C George, Param Cumaraswamy, and Cecil Rajendra — luminaries whose fighting spirit for the cause of justice and the rule of law are further strengthened by the two women celebrated on that day. The citation for P G Lim was given by Harleen Kaur, Member of the Bar Council for the 2021/2022 term.  Significant milestones in P G Lim’s illustrious career include her appointment as one of only two women appointees to the National Operations Council, which governed the country in the aftermath of the May 13 riots and formed the Rukun Negara; her various ambassadorships to countries such as Yugoslavia, Austria, and Belgium; and also her appointment as Permanent Representative to the International Atomic Energy Agency. 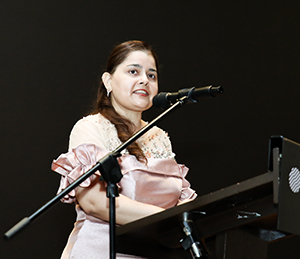 The 2020 MBLAA award for P G Lim was accepted on her behalf by Dr Jolly Koh, a close friend of P G Lim’s family. Ragunath Kesavan, who served as Vice-President under Ambiga Sreenevasan’s Presidency of the Malaysian Bar, meanwhile gave the citation for Ambiga Sreenevasan.  He traced her much-admired resilience and tenacity to her parents’ upbringing and her early days as Head Girl at Convent Bukit Nanas.  He also proudly recalled stirring moments from 2007’s “Walk for Justice” as led by the former President to the steps of the Palace of Justice in Putrajaya. 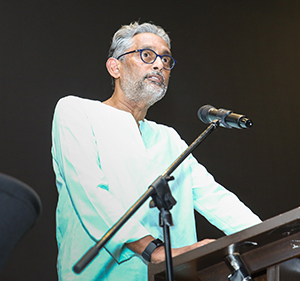 In her acceptance speech, Ambiga Sreenevasan lauded the Malaysian Bar as her second family where she has always felt at home.  She also urged the Malaysian Bar and the public in general to not give up and to continue fighting for the downtrodden, for justice, and for equality. 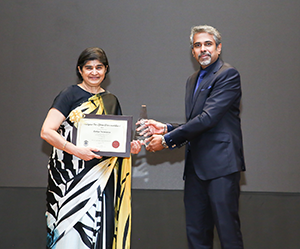 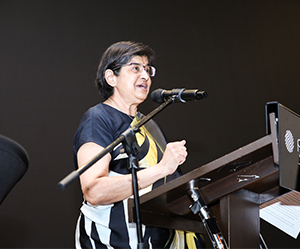 Overall, the 2020 and 2021 MBLAA ceremony was a successful event.  High tea was served to the invited guests at the conclusion of the award ceremony for the MBLAA 2020 and 2021.