After a long gap of more than two years, the Selangor Bar Committee took up the opportunity offered by the Bar Council to host the Interstate Bar Games 2022 (“ISBG 2022”), which was held on 29 and 30 July 2022.

Once the decision was made to host ISBG 2022, the Organising Committee was swiftly formed as crucial support from each and every convener / captain from the Selangor Bar Committee for the 10 games, together with national conveners, would be required to do the needful planning and hold numerous meetings and discussions. ISBG 2022 was kick-started at 1:00 pm with great weather at the Amverton Golf Course.

A total of eight State Bars participated with more than 100 golfers, and after 18 holes of entertaining golf between the golfers, three teams were tied at 182 points.

Based on the tiebreak system of the lowest five golfer handicaps of the day, the second runner-up was Johore Bar; first runner-up, Selangor Bar; and the winner for this year’s ISBG team challenge trophy was Kuala Lumpur (“KL”) Bar.  It was a great start to ISBG 2022. 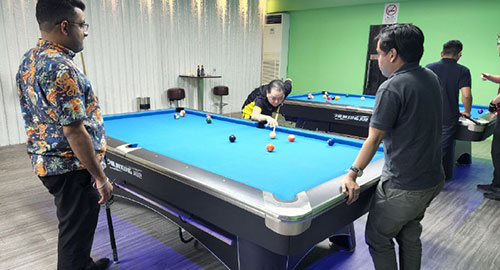 The “battle” continued with a Friday night showdown, and despite the new introduction of pool competition for the ISBG edition, it saw a large turnout of 15 doubles pairs from eight State Bars, including two mixed doubles pairs who played against the other men’s pairs.

For the spectators and participants present, many spectacular shots were executed as well as numerous good tactical battles played, to the delight of all.

After a total of four group round robins and thereafter the knockout rounds, KL Bar emerged as the champion, Selangor Bar placed second, and Perak Bar placed third. 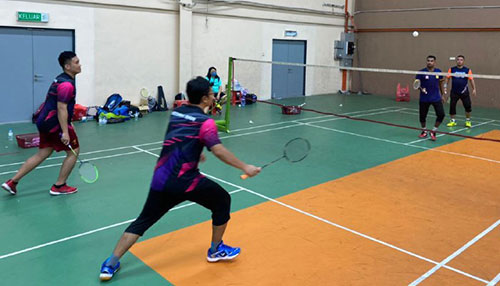 Badminton again proved to be popular with close to more than 120 participants.

Due to the large number of nine State Bars taking part and 5 States with maximum of 15 players per team, it was decided that each match will only be one set of 31 points, based on the round robin system.

The games were played with joy and tenacity, and KL Bar emerged the champion; Selangor Bar the first runner-up, and Johore Bar placed third. KL Bar emerged as champion with Johore Bar at second place, and Selangor Bar in third place.  The champion for ladies basketball was Selangor Bar. 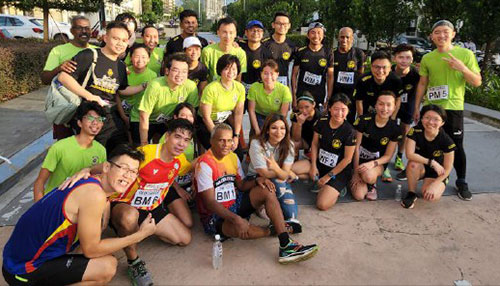 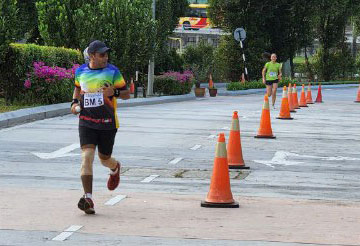 A total of 10 State Bars participated and the run started at around 7:15 am in the cool air of the morning.  The competitive yet friendly atmosphere could be felt among the runners.

In the end, KL Bar emerged as the champion, Penang Bar was first runner-up, while Selangor Bar placed third.

This was another popular game, which saw the participation of 11 State Bars in a nice and cosy club setting.

Although the atmosphere was cosy, the teams played competitively from the beginning till the end.

The Cup winner was Negeri Sembilan Bar as the champion; Kedah Bar, the first runner-up; and third place went to Malacca Bar.

The Plate winner was Malacca Bar as the champion; and Pahang Bar as runner-up.

The first 180-score special prize was awarded to Prem Ramachandran. This was the most popular game with full participation from all the 12 State Bars, and which saw Negeri Sembilan and Malacca Bars form a combined team.

The venue was crowded with teams and supporters — a show of the competitive spirit, as well as the camaraderie between the players.

A total of seven State Bars participated and similar to the Premier competition, the excitement and competition were evenly matched.

It augured well for the game that the players were still competing passionately.  KL Bar was the champion, Kedah Bar came in second place, and Selangor Bar placed third.

Eight State Bars participated and came out in full force this year with five States with full teams of 10 players per State Bar.  The games were competitively played whereby Kelantan Bar placed third, but not without putting up a gallant fight.  In the end, it was a final battle between the defending champion Kedah Bar, and Johore Bar.  In an exciting final, neither party gave any leeway to the opponent until Johore Bar scored that much-needed winning goal in the final minutes of the second half — a dramatic finish that was truly enjoyed by all the participants present. Netball was also a popular game with 11 State Bars participating, and close to 100 players taking part, making it a very lively and successful event.  All the teams were in high spirits and completed the 32 games competitively.  In the end, KL Bar maintained their title as the undefeated champion.  Perak Bar gave a good fight throughout the games and were rightly placed as the first runner-up, while Selangor Bar placed third. 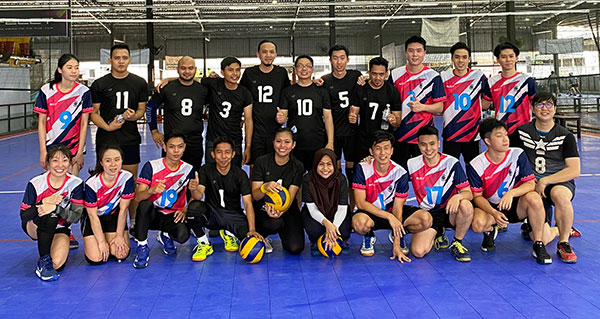 A total of eight State Bars participated in volleyball.

It was a fierce competition from the group matches until the finals.  Penang and Kelantan Bars displayed great sportsmanship, teamwork, and skills despite their own unique challenges.  With the new faces, the future of this game is in good hands.

Ultimately, it was the clash of the titans between KL and Selangor Bars in the final, which was closely fought by new faces who were willing to make their marks in this game.  KL Bar emerged victorious, while Kelantan Bar placed third by defeating Negeri Sembilan Bar.

We were blessed with lovely weather and the night was concluded with the presentation of trophies to the winners at the ISBG 2022 dinner held at Wyndham Hotel, which was attended by close to 400 attendees.  KL Bar retained the ISBG Challenge Trophy as the overall champion, and Selangor Bar was the first runner-up, with Johore Bar as second runner-up.

It was a great ending to ISBG 2022 with the attendance of our President Karen Cheah Yee Lynn, Councillors, and Selangor Bar Committee members.  All were treated to a lovely buffet dinner with drinks.

Last but not least, Selangor Bar Committee wishes to thank Peter-Douglas Ling and Lee Guan Tong (Co-Chairpersons of the Bar Council Sports Committee), all State Bar Chairmen, Sport Chairpersons of State Bar Committees, conveners, team captains, volunteers, players, and Selangor Bar Committee for making ISBG the largest gathering of lawyers to date with close to 1,020 participants in the 10 games.  A great momentum for sports is required to encourage more Members to have a better sport-work balance for the betterment and health of lawyers.