The award ceremony for the Malaysian Bar Lifetime Achievement Award (“MBLAA”) 2022 took place on 2 Sept 2022, honouring the late G T S Sidhu.  As President of the Malaysian Bar from 1980 to 1982, G T S Sidhu was a staunch defender of public liberties and the rule of law, leading Members of the Malaysian Bar in a march to Parliament to protest the Government’s proposed amendments to the Societies Act 1966.  He was also a leading proponent in LAWASIA’s collaborative development in the ASEAN region. 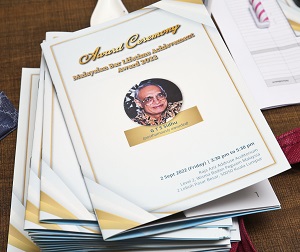 Among the invited guests were: In her welcoming remarks, President of the Malaysian Bar, Karen Cheah Yee Lynn, commended the values that G T S Sidhu embodied in his lifetime, and pointed out that perseverance, integrity, tenacity, hard work, and honesty are among the traits that a lawyer must emulate, practise and uphold.  She added that G T S Sidhu did not stand by while the fundamental rights of ordinary citizens were being trampled upon; instead, he defended the rule of law and fought against such encroachment.  Likewise, lawyers must be bold to take on a more active role in society to ensure that the cause of justice is always served. M Ramachelvam, Chairperson of the MBLAA Selection Committee, stated that Malaysian Bar Lifetime Award recipients exemplify the highest standards of the Malaysian Bar and its contribution to the nation.  From championing human rights issues, legal aid, and matters pertaining to fundamental liberties, recipients such as Raja Aziz Addruse, Peter Mooney, Mahadev Shankar, Dr Radhakrishna Ramani, Karpal Singh s/o Ram Singh, V C George, Param Cumaraswamy, Cecil Rajendra, P G Lim, and Ambiga Sreenevasan are inspiring individuals that one should look up to.  He also thanked the Bar Council; Syamsuriatina bt Ishak, his predecessor as past Chairperson of the MBLAA Selection Committee; and Ruhil Amal Abd Razak, Organising Officer of the MBLAA ceremony, for being instrumental in establishing the award as a proud institution of the Malaysian Bar.

The citation for G T S Sidhu was given by Cyrus Das, past President of the Malaysian Bar from 1997 to 1999.  Significant milestones in G T S Sidhu’s illustrious career include his opposition to the now-abolished Essential (Security Cases) Regulation 1975 (“ESCAR”); the constitutional case of Phang Chin Hock v Public Prosecutor [1980] 1 MLJ 70; the aforementioned march to Parliament in 1981; and his defence of then-Secretary of the Malaysian Bar, Manjeet Singh Dhillon in Attorney General, Malaysia v Manjeet Singh Dhillon [1991] 1 MLJ 167. The 2022 MBLAA award for G T S Sidhu was accepted on his behalf by his son, Americk Sidhu, who is also a Member of the Bar.  In accepting the award on behalf of his father, Americk Sidhu warmly recalled his childhood, running errands for his father during the LAWASIA Conference in 1968 in Kuala Lumpur, and his father’s unwavering commitment to the Malaysian Bar and the rule of law. 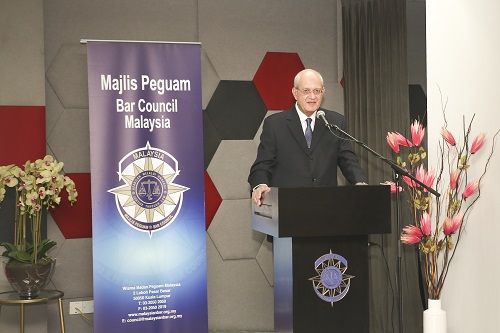 Overall, the 2022 MBLAA ceremony was a successful event.  High tea was served to the invited guests at the conclusion of the award ceremony. 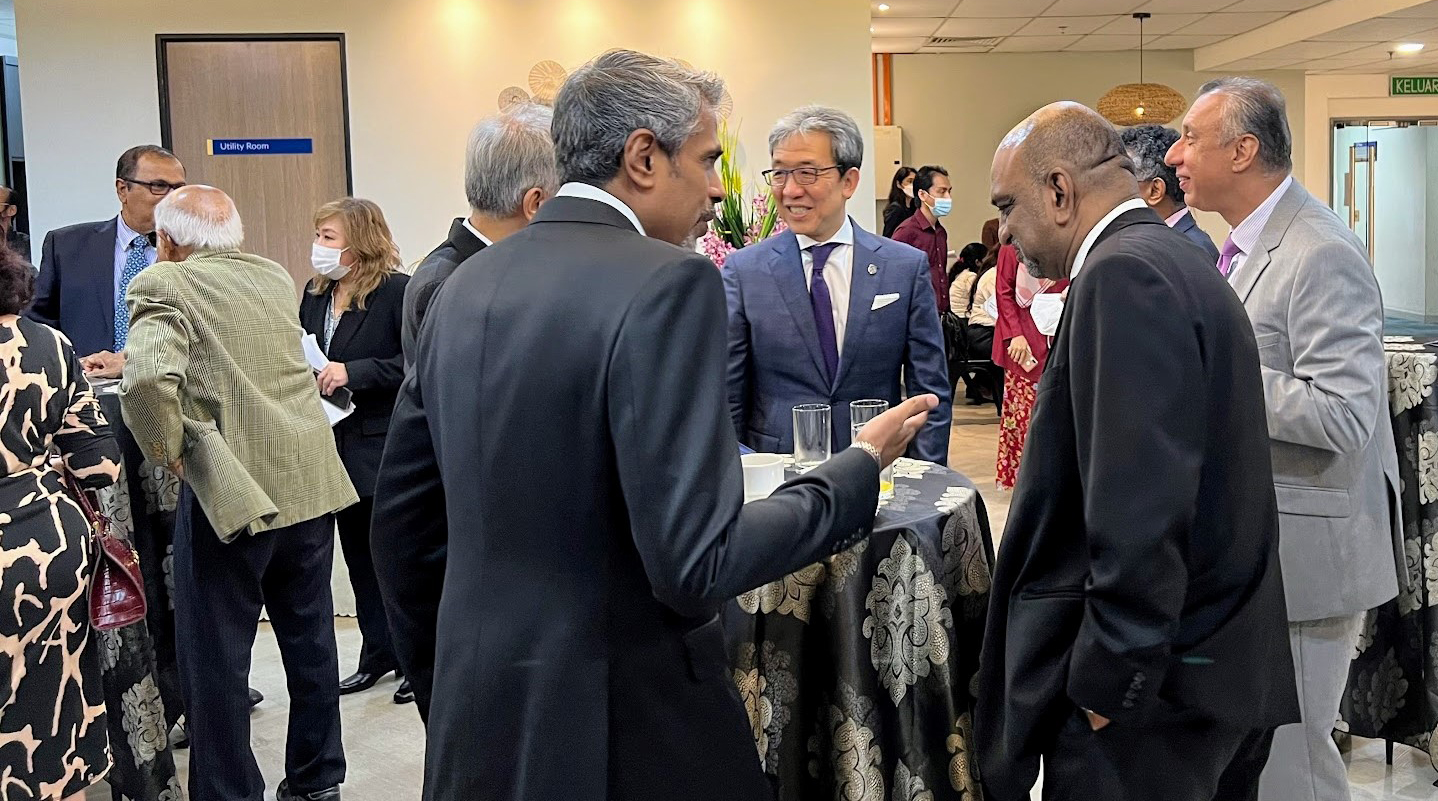 (1) here to view the citation for G T S Sidhu; and