On 23 Sept 2020, the Malaysian Bar, represented by its President, Salim Bashir and Treasurer, Mohamad Ezri Abdul Wahab, as well as representatives from the Bar Council Secretariat — Rajen Devaraj (Chief Executive Officer, “CEO”) and Boo Sha-Lyn (Special Projects Officer) — paid a courtesy visit on the Yang di-Pertua (Speaker) of the Dewan Rakyat, YB Datuk Azhar Azizan Harun, at his office in the Parliament complex.  This visit is the first since YB Datuk Azhar’s appointment two months ago.

We were introduced to YBhg Datuk Kamis bin Samin, Chief Administrator, YBrs Tuan Nizam Mydin bin Bacha Mydin, Secretary of the Dewan Rakyat; and other Parliament officers who were present during the meeting. 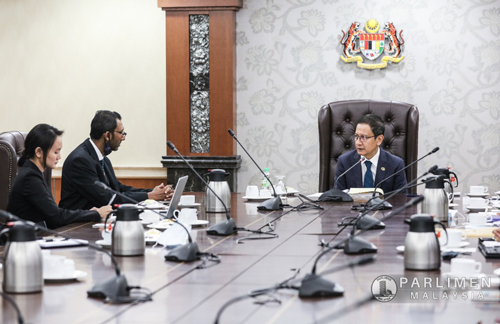 Various matters were discussed at the meeting, including the formation of the Parliament Special Select Committees, suggestions to establish an independent Law Reform Commission, as well as the Malaysian Bar’s proposed new Legal Profession Bill.  To this end, the President of the Malaysian Bar stressed the importance of law reform and the need for a body which is able to study and scrutinise laws holistically and to recommend areas for improvement — this could take the form of a Special Select Committee on law reform, as well as the establishment of a Law Reform Commission.

Several key proposals contained in the Bar’s Legal Profession Bill were also brought to the attention of the Yang di-Pertua, conveying our hope that the Bill would be ready for tabling in the upcoming Parliament session. The Yang di-Pertua impressed upon us his commitment for reform and emphasised the importance of engagement and consultations with relevant stakeholders in the reform process, noting that it is these processes that facilitate and pave the way for reform to eventually take root and be accepted.  In this manner, the construction of narratives when engaging in discourse on matters of public interest should be one that is inclusive and understanding, rather than strident; focusing on common ground, rather than divergence. 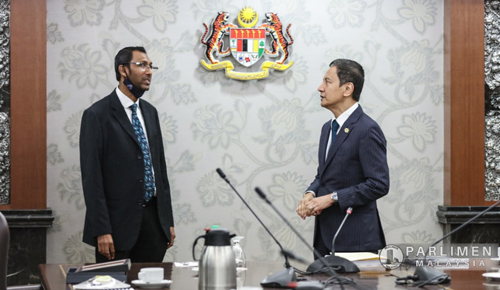 The meeting concluded with a fruitful discussion on the ways in which the Bar and Parliament could build a strong working relationship, with both parties expressing their intention for continued engagement with each other.