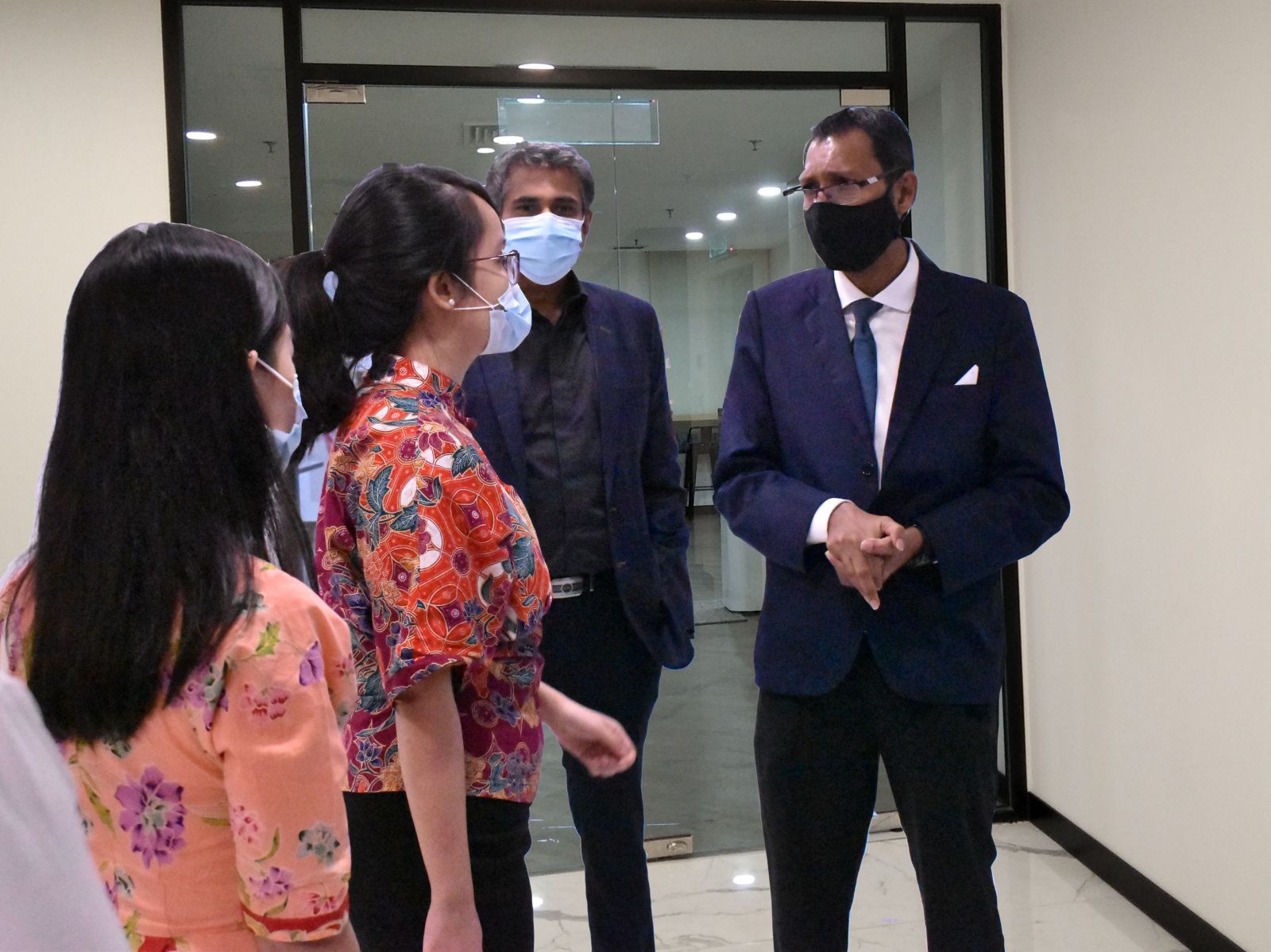 The Office Bearers of the Malaysian Bar had the pleasure to receive YB Michelle Ng and YB Lim Yi Wei, the current Selangor State Assembly members of Subang Jaya and Kampung Tunku respectively, at Wisma Badan Peguam Malaysia on 8 July 2020.  Both parties engaged in a robust discussion regarding legal aid and access to justice.

YB Michelle Ng reported that many members of the public who sought her assistance do not qualify for legal aid.  As income levels differ between urban and rural areas, she was of the opinion that the means test for legal aid should be revised to reflect realistic income standards, with the Bantuan Sara Hidup (“BSH”) matrices as a benchmark for aid.  To further her point, she mentioned that child activist Syed Azmi Alhabshi’s method of means test was to check whether the refrigerator of those seeking his assistance was fully stocked, as a more concrete way to ascertain their eligibility for legal aid.

The Office Bearers said that they would bring the matter of the means test to the attention of the National Legal Aid Committee for their consideration.  On incentivising lawyers to take up more legal aid cases, the Office Bearers were of the opinion that imposing a mandatory rule that Members of the Bar are to take up legal aid work would be unfair to them as they are already funding and supporting the Malaysian Bar’s Legal Aid Scheme.

As a step towards incentivising lawyers, A G Kalidas, Secretary of the Malaysian Bar, suggested that the Selangor State Assembly members take the lead in developing a state-level fund along the lines of the Yayasan Bantuan Guaman Kebangsaan (“YBGK”).  He added that legal representation is a constitutional right for all citizens.  The Selangor state government, as the most developed state in the country, can spearhead this initiative to ensure proper legal representation for its citizens.  To that end, the Office Bearers stated that the Malaysian Bar is willing to work with the Selangor state government to roll out such a state-level legal aid scheme.

YB Lim Yi Wei highlighted the problem that members of the public faced without proper legal representation.  Victims of domestic violence during the Movement Control Order (“MCO”) received inadequate support when making complaints at police stations.  YB Lim Yi Wei mentioned an incident where the victim and the alleged perpetrator were asked to give statements at the same time at the police station.  Additionally, the police did not advise the victim about mechanisms such as the Interim Protection Order (“IPO”).  For YB Michelle Ng, the presence of lawyers would alleviate and safeguard a victim’s rights while at the police station.

From this meeting, the Office Bearers expressed their hope that the Assembly members would convey their views to the Selangor State Assembly, and for a positive collaboration ahead.  In the event that the legal aid fund by the Selangor state government is to be actualised, the Office Bearers will assist in providing the necessary framework and structure for it to be successful.