The year 2020 marked the 40th anniversary of legal aid services by lawyers in Malaysia.  Legal aid service in the country began from humble beginnings by a few lawyers at a fishing village in Bayan Lepas, Penang, in 1980.

The 40th anniversary celebrating legal aid in Malaysia was commemorated with a forum entitled “Pro Bono Legal Aid — Why Bother about the Poor, the Oppressed and the Dispossessed”.  The panellists who spoke were: 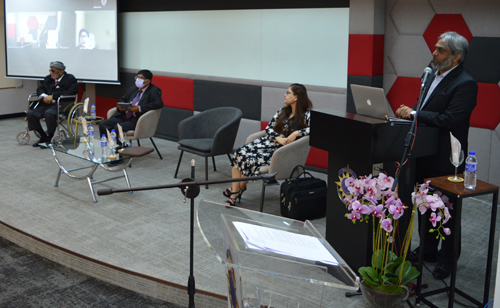 This historic event was streamed live on the Malaysian Bar Facebook page from the Raja Aziz Addruse Auditorium of Wisma Badan Peguam Malaysia.  It was also attended by a small audience.

Opening remarks were delivered by A G Kalidas, President of the Malaysian Bar, who applauded the spirit and tenacity of legal aid practitioners who committed their time and effort in providing equal access to justice for the downtrodden and those in need. Honorary certificates were presented to “Legal Aid Champions”, as nominated by State Legal Aid Centres and State Bars, in recognition of their outstanding efforts and contributions.

Cecil Rajendra, a pioneer of legal aid in Malaysia, gave a “Down Memory Lane” poetry reading accompanied by music from the BRYL-Cream Quartet. 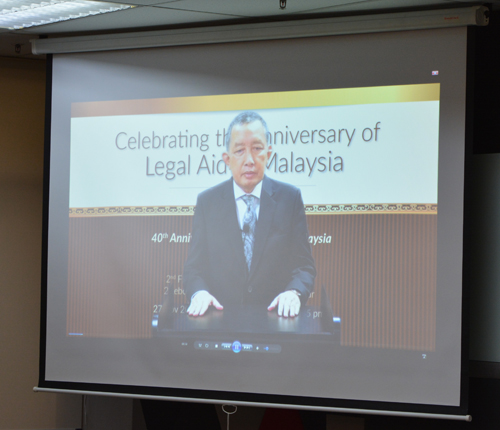 YBhg Tan Sri Idrus Harun, Attorney General of Malaysia, delivered a pre-recorded closing remark.  He reiterated the need for equal access to justice as outlined by the United Nations 2030 Agenda for Sustainable Development and applauded the efforts by all involved as testament to the cause of a just society and the rule of law.

At the closing ceremony, appreciation tokens were presented to YA Datuk Vazeer Alam by A G Kalidas.  The “Legal Aid Champions” were also invited for a group photo afterwards.

Overall, the 40th anniversary event was a success.  May legal aid in Malaysia continue to provide for the needful, and may those who provide it be sustained in their selfless efforts in the years to come.